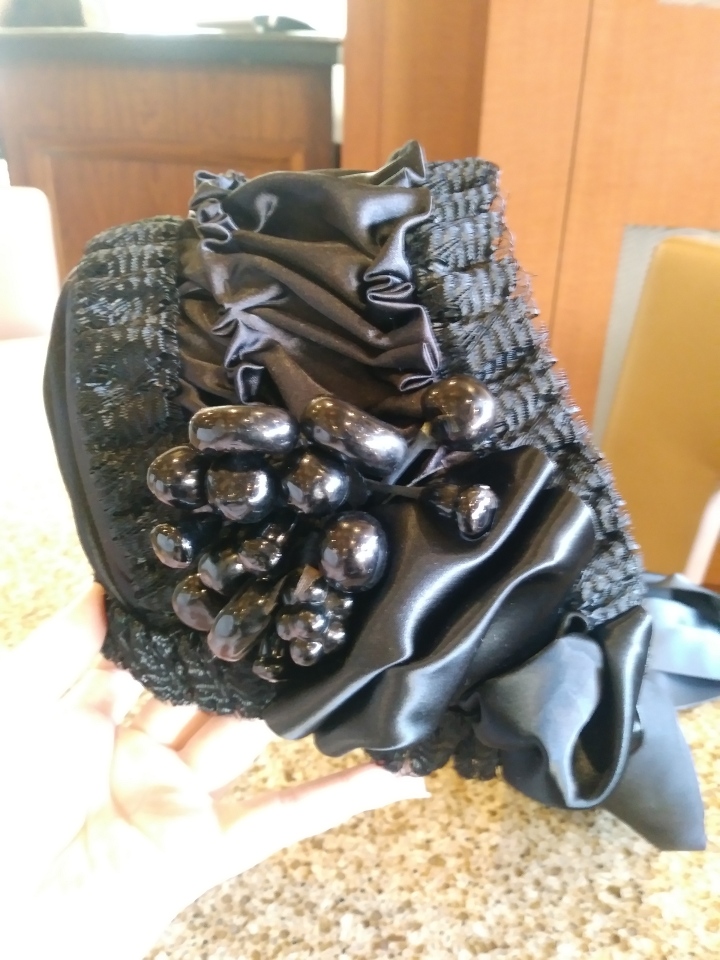 I paid for early bird Marketplace entry and ran into some friends in line. They’ve done this before and instructed me that we would be headed straight for Mela, and it would be nuts as, and I quote, “everyone bumrushes Mela.”

I had no clue what that meant but I followed them straight to the back…. To a booth of fantastic hats. This little 1850s number is now my carry-on item and Lynne Taylor has informed me that she expects to see it in her costume contest at Dickens this coming November. Well OK then.

William and my mom badgered me into going to the Friday night social, which I did NOT bring a costume for, so I put on a mini dress and headed for the elevator. The doors open and right smack dab in the middle is Cynthia Settje in her fucking Worth dress. Way to help with my self esteem, Cynthia.

Saturday morning I woke up feeling wiped and more than a little sick. I went down to the lobby for food and ended up sewing a bit but quickly realized my five-hour limited class was a mistake, so I skipped (sorry! I’m a bad student). A three hour nap helped me feel human and then it was time to prep for the gala. 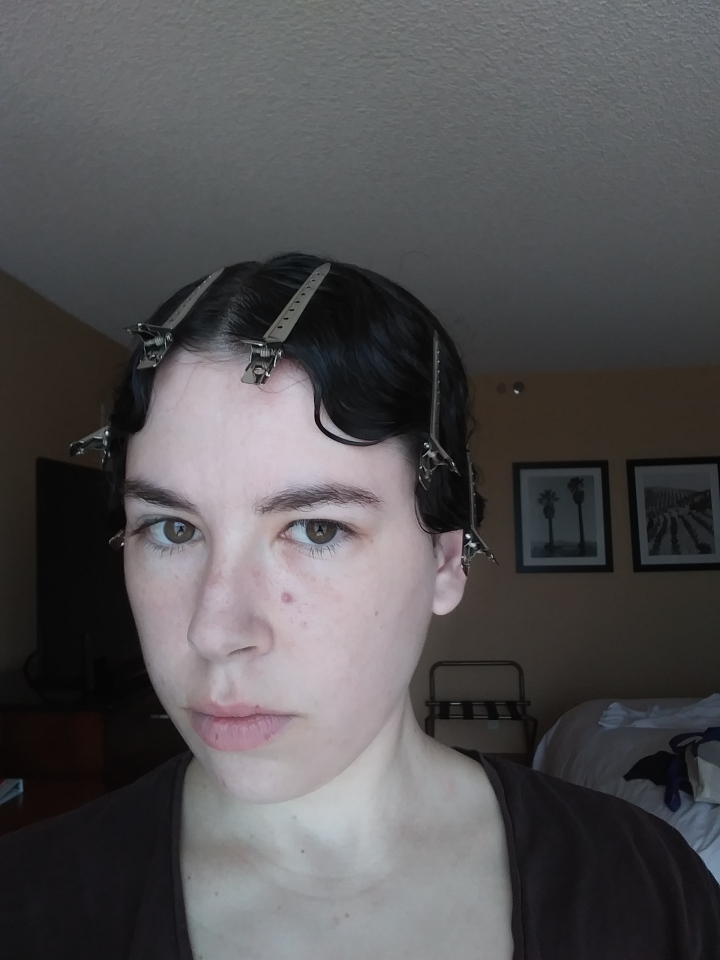 Fingerwaves are HARD, guys. I picked up some hair gel from Curls, one of my favorite hair care lines, and it worked great. Now to chill in duck clips for an hour or so! 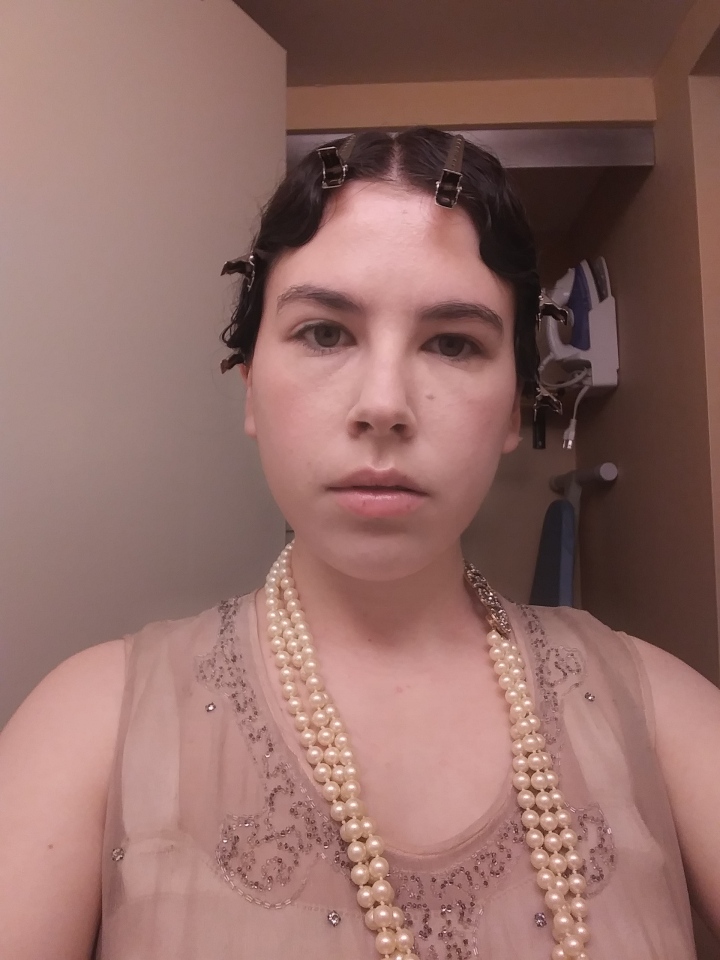 I ended up wearing an extant 20s dress that my aunt got me as a birthday present. Under it is an extant slip and I wore my 1918 white shoes that I got for Edwardian ball. Everything I wore except for the pearls and my underwear was old. 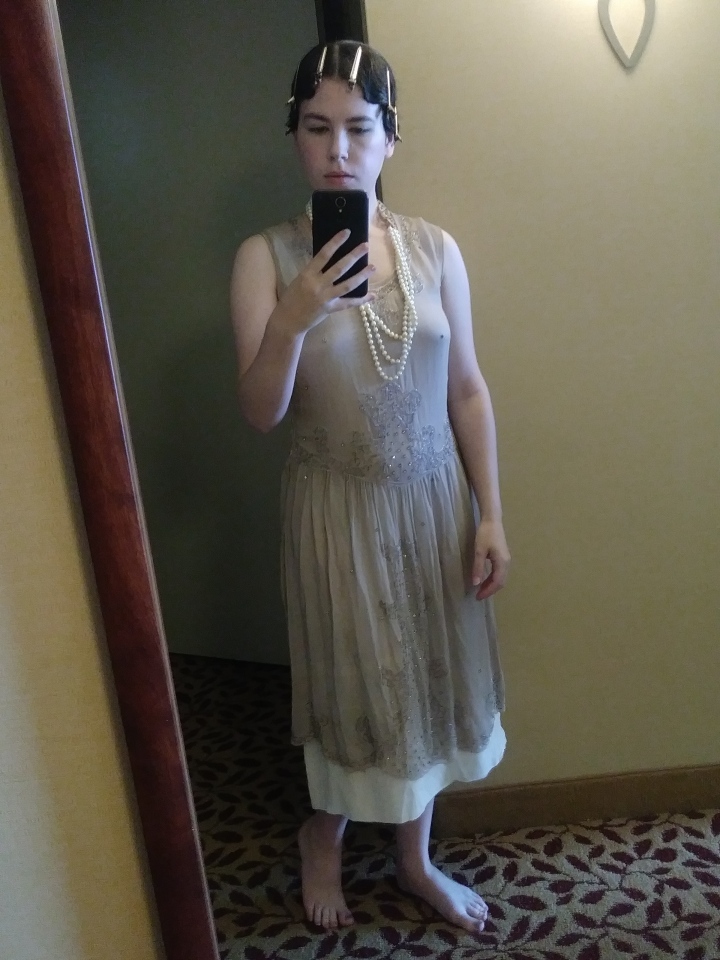 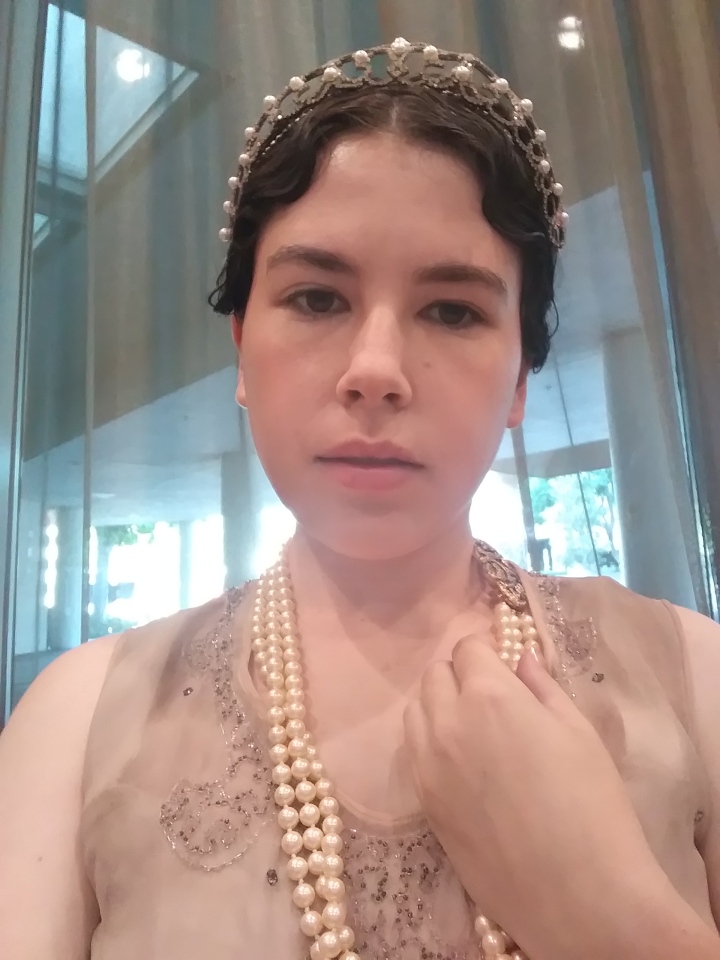 You can’t tell in these pictures but the dress is suuuuuper sparkly!

The gala was….overwhelming. I walked the red carpet and was one of the first 10 or so people, thank god, because if I’d known what was coming I would’ve chickened out. 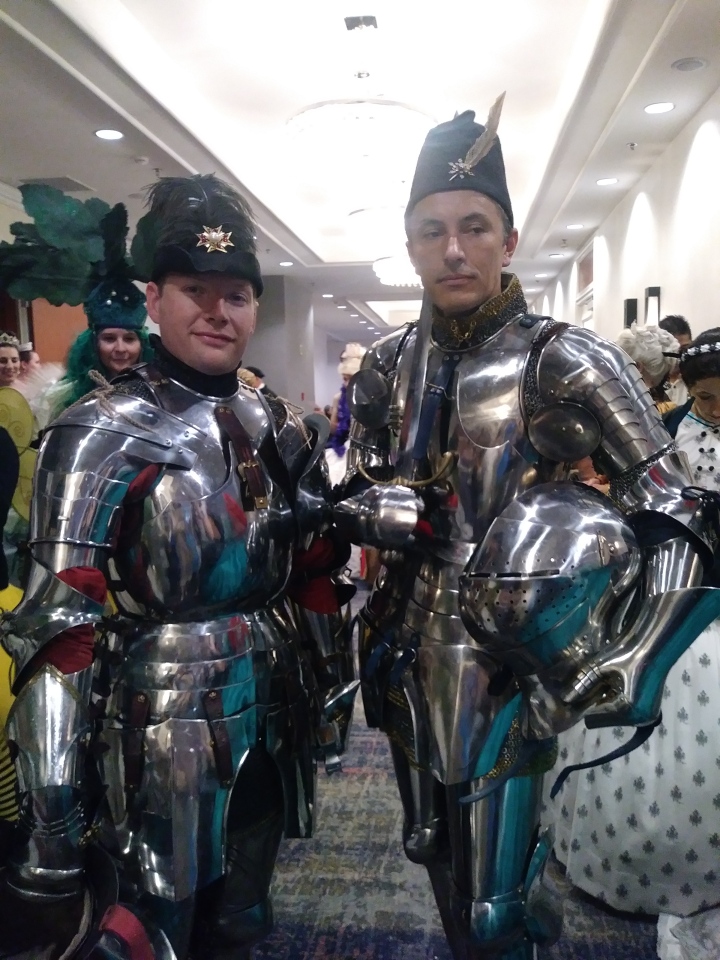 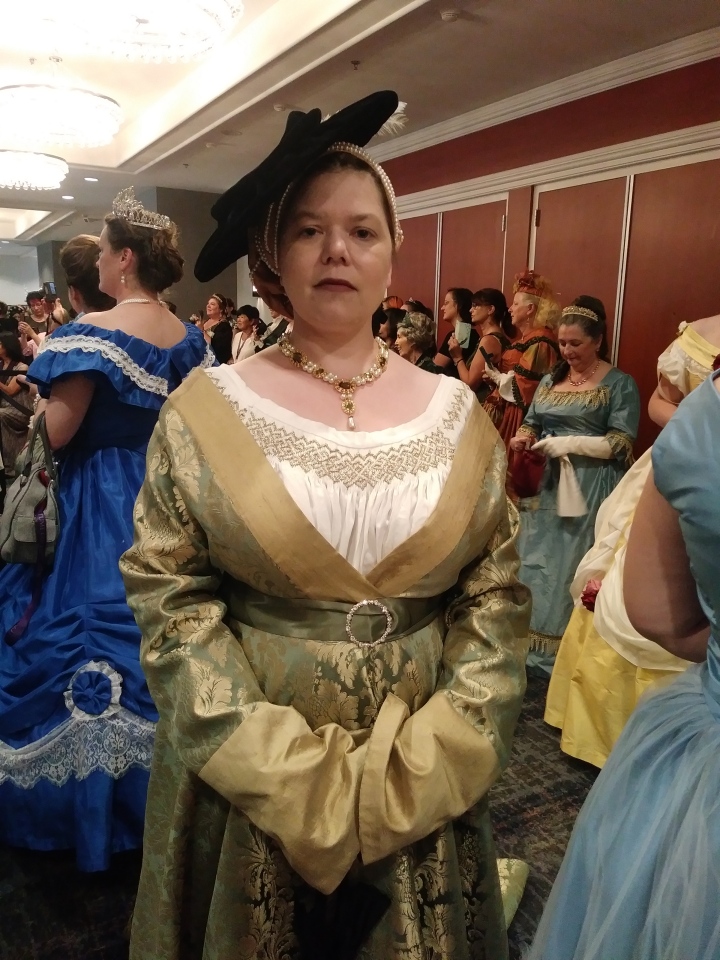 It was insane, guys. I pretty much left when the dancing started since I was exhausted.

Today I hit the bargain basement and got some goodies 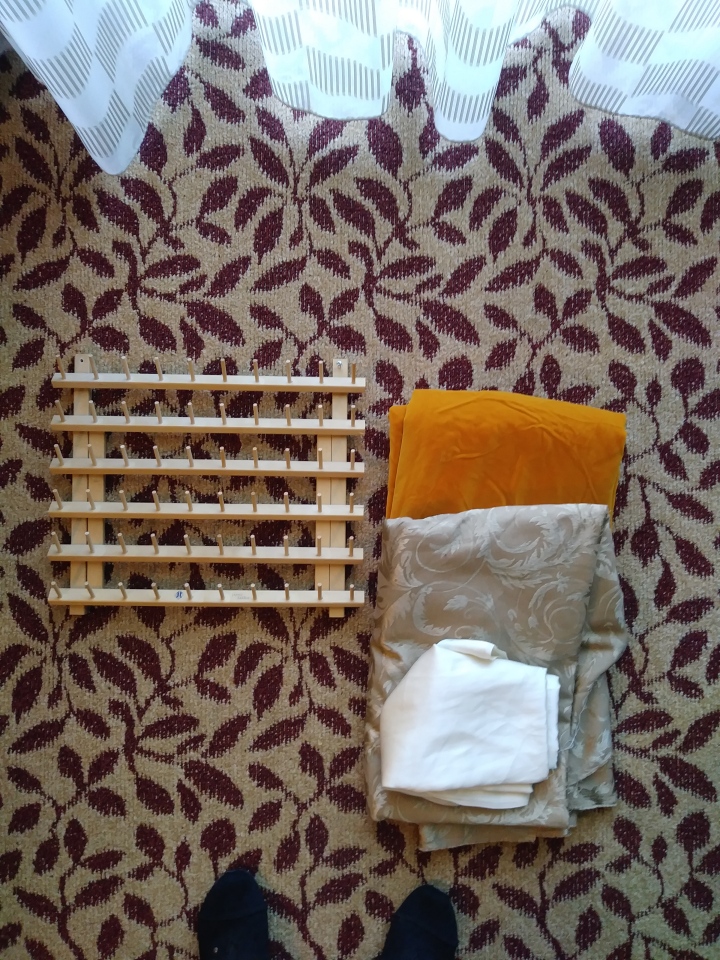 Someone with a car is gonna need to get that thread rack it’s too wide for my suitcase. But if you’ve seen my coffee table you know I need it desperately.

One more class this afternoon and then I’m pretty much done!

Now time for some heretical talk: I don’t think I’ll come to costume college again. It’s expensive, and super clique-y, and if I had to choose (and I DO, since I have to take time off work and that’s limited) I’d much rather go to Kingdom A&S. Sorry, costumers, but SCA folk are much more open and welcoming than you are.