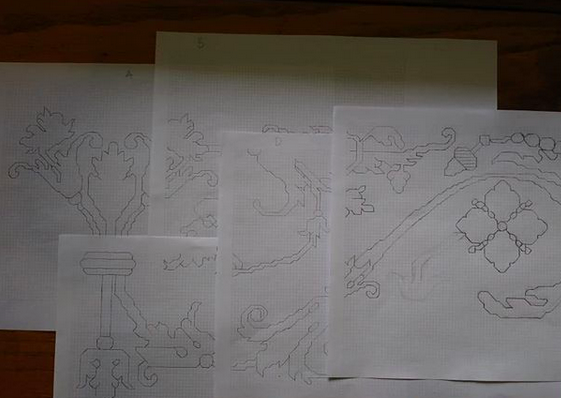 I haven’t shared any embroidery here for a while, but things are ticking along!

Firstly we have the big boy: 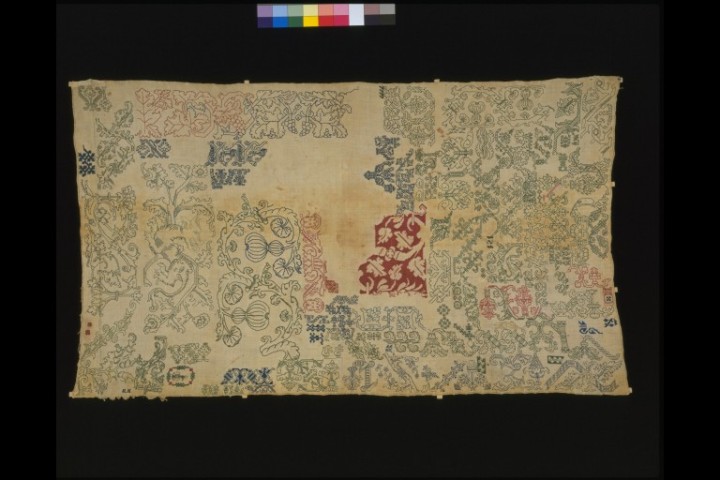 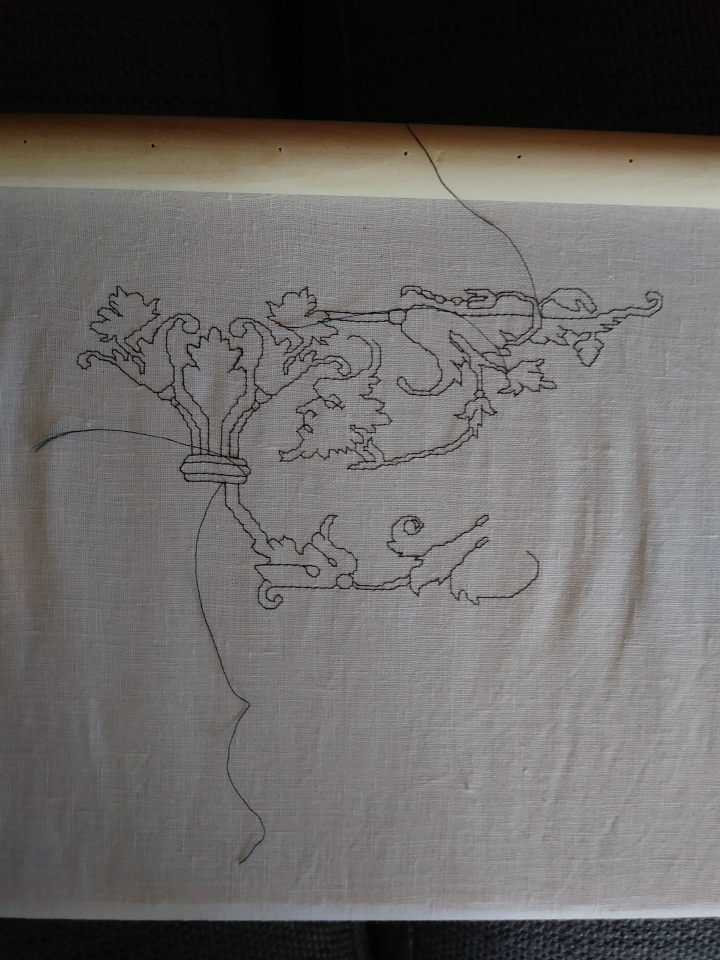 I’m doing the motif on the left-hand edge, it’s about halfway done. Piper’s Silk floss on Ferragamo linen from Britex. I’ve found beeswaxing the floss silk makes it much easier to work with. 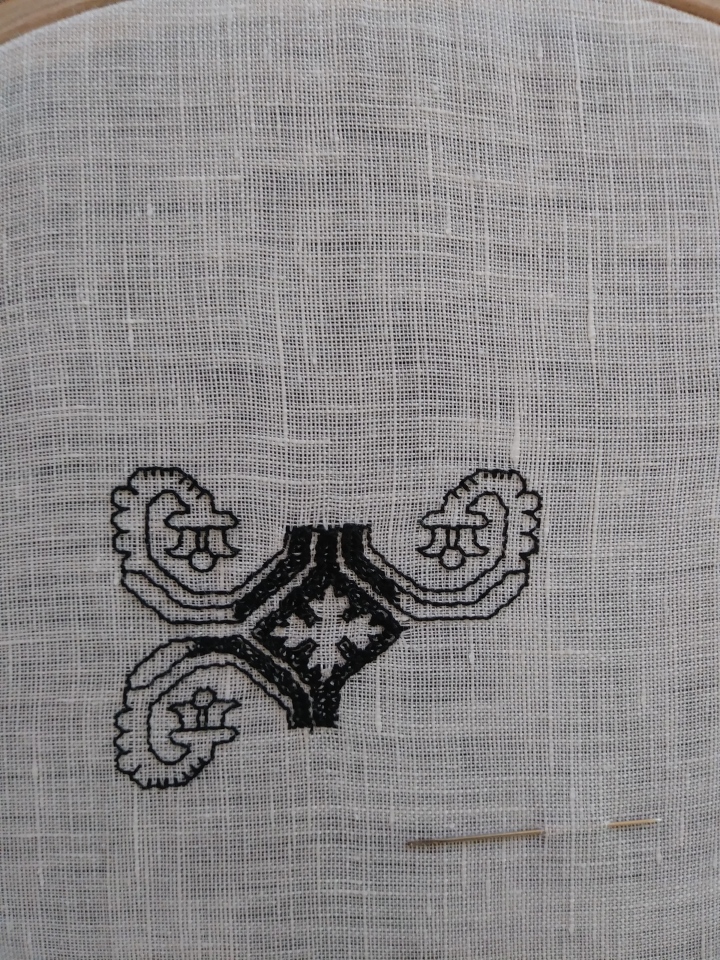 My first attempt at voided counted thread work. To make life difficult for myself I’m not only filling in the background but doing a very specific variation that’s tightly pulled to create a mesh. This 3 oz linen from Dharma is quite off from even– you can see the center diamond is stretched sideways.

From LACMA, and unlike most of these it’s actually Spanish, not Italian. Sadly I can’t get a picture of it that’s clear enough to chart from.

For some less-intricate projects I’d like to play with Assisi Work, which is a 19th century adaptation of 16th C voided counted thread work, and therefore is a great source of period-esque patterns. I wouldn’t enter them in an A&S competition but if worked in LACS or two-sides Italian cross stitch they pass as SCA period.