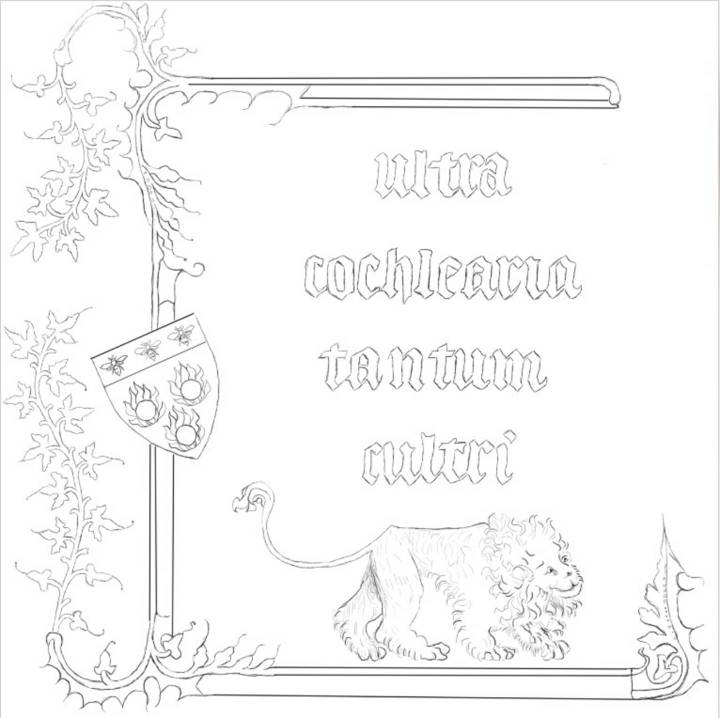 I don’t even have an excuse this time–my internship ended in January (I actually managed to finish rehousing the 500+ pieces in the core collection by myself with FOUR DAYS TO SPARE [the other intern left early because she got a permanent position, so I was flying solo for longer than expected]) and my bosses decided to keep me on for a bit longer to work on the foundation’s textile collection as well.

That took up another couple months, and I’m now doing some projects for private clients, relaxing, and traveling for a bit before I start a real job!

Yes, I did actually get hired by a museum. I’ve got a one-year fellowship starting in October, which is both amazing and slightly terrifying. It’s also on the East Coast, so I get to once again experience the delights of a long-distance move! At least this time I can bring my own furniture.

Ok but you all are not here to learn about my wacky carnivorous plant pot or any details of my career path. You are here for the string. So–string!

One sttange thing about being in the SCA for longer than like….a year…. is that I actually know people? Friends of mine keep getting major awards and peerages, which is amazing and well-deserved, but somewhat annoying to me because I want to make them all gifts, dammit.

That’s not necessarily feasible given the length of my project list and the complexity of things I tend to take on, but a girl can dream, right? And when one of these peerages gave me an excuse to do something I’ve been itching to do for a while, well…….

So first, some context.

1. My friend Leo was getting knighted

3. I wanted to get/make him a nice 14th Century thing as a gift, but everything I found to buy was either boring or $600. Ugh.

4. I had been wanting to do some Opus Anglicanum…..which is 14th Century….and beautiful…..and slow……and fiddly…….

Ok, so, an Opus piece for Leo for his knighting? Definitely continues the trend of me making unnecessarily complex and slow projects for my friend’s peerages (see The Pelican Shirt).

Now the immediate problem was deciding what motif I was doing and then getting a good cartoon of it, as my drawing skills are….limited. I asked Leo what he wanted and he told me that he’d like either a specific saint or his motto. I went motto, because faces are HARD.

Then I needed, you know, the text of his motto in a period script, and some other stuff to embroider around it ‘cus PRETTY, and again–I can’t draw. Particularly not in a period style.

What I can do, though, is trace. So I started poking around online looking for 14th Century manuscripts with illustrations I liked but that weren’t stupid complicated, and I found the St Denis Missal.

Text that is actually sort of legible? ✅

I pulled out my rusty photoshop skills and my Wacom tablet, fiddled for a while, and came up with this

I printed it out, traced it on some white silk I had laying about, framed it up in my *cough* REPRODUCTION PERIOD SLATE FRAME (I might be excited about that one) and got started!

And yes, this is very slow going. Partly it’s just that it’s very fiddly, but I’m also using my favorite floss silk from Piper’s which is pretty thin. I’m using the silk as a base so I don’t have to fill in the ground with underside couching, as that might actually be the death of me.

I haven’t actually made it that far, but I’m really enjoying this and I’m happy at how it’s going! Hopefully it won’t take me three years to finish this one.